From Team Member to Leader

Getting a promotion and moving into a leadership role is a great achievement. For newly appointed leaders, it’s the culmination of a lot of hard work and ambition. It represents the fulfilment of a key career goal.

So why is it that new leaders so often struggle, and that the much coveted role is not all they expected and begin to doubt their own capabilities? They might even begin to wonder if they actually wanted that position they worked so hard for, after all.

This situation is more common than you might think.

Let’s take the example of John – John is in his thirties, well-liked and respected, modest and all round ‘Mr Nice Guy’. He’s just been promoted to lead the team he was part of. The team is delighted for him and he’s relishing the new challenge.

Within weeks, John is struggling. He’s trying to reassure the team that he’s still ‘one of them’ and that he hasn’t been changed by the promotion. But he’s finding it very hard to give negative feedback or take any form of disciplinary action and he can see that some of the team are starting to take advantage of that and productivity is slipping. He’s worried that some of the team are losing respect for him.

Annual performance reviews are on the horizon, and John’s dreading them. He knows that some of the team are going to be disappointed, or even angry at their ratings. He wants to be a good leader, but he’s worried he’ll no longer be seen as Mr Nice Guy, and will turn into a Horrible Boss.

What can John do to turn the situation around? Here’s ten proven leadership strategies that will ensure his new role is a success:

Many newly promoted leaders underestimate the shift in mindset that is required when they become a leader. They’ve focused all their efforts for so long on actually getting to this position and not given enough thought to what it really means.

John has to be 100% clear in his mind that he wants to lead and to create a presence around his new role. If he is serious about leading, he cannot continue to play in the ‘team member’ space. If he finds himself wanting to be there, perhaps he wasn’t ready after all for this leadership role. It’s a tough conversation he has to have with himself, or his coach, but an essential one. He needs to clear away any cobwebs in his head that are keeping him in the place he was before and inhibiting him from embracing life as a leader.

It essential that before stepping into the role, John thinks about the type of leader he wants to be. A great way to do this is for John to ask his team what qualities they admire in a leader. These may be completely different from what he perceives as good leadership, and this process will also help him understand his team members’ values.

It shouldn’t all be down to John himself though – there is an important role for the company to play too, in preparing John for his promotion. All too often, new leaders like John are left to ‘work it out for themselves’. If companies are serious about developing great leaders, they need to provide support and guidance. One of the things that John could have done when it became apparent that he would be asked to take on this new role, is to ask the company what help they could provide to prepare him for what is required, appropriate and effective.

This support is particularly needed if the person is going to be leading the team they were part of – and it’s one of the primary reasons that staying as ‘one of the gang’ becomes (for some) an easy default.

With leadership, somehow companies expect people to already ‘be’ the role before they really understand ‘how’ to. Yet with a bit of support, they could produce even better leaders.

Being a leader and being a good guy are not mutually exclusive. Being the leader does not mean you cannot be liked. John can do both, but he needs to address that voice in his head that is telling him that he can only be a good guy if he plays like everyone else in the team.

He must understand that acting like a leader does not mean a complete change of personality into Mr Horrible Boss. It’s not that black and white – team good, boss bad. There are multiple shades of grey in between and John has to find the one that suits him.

4. Step up to generate respect

John needs to create presence as a leader – people quickly lose respect for a leader who doesn’t step up to the role.

He needs to affirm his leadership position by being seen as an advocate, a clear thinker and a trusted advisor. He needs to practice a new language of positivity, which will encourage others to change the way they see him.

John was well-liked as a team member, and there is absolutely no reason why his team should not respect him as a leader, as long as he steps up and clearly defines his role.

John is naturally humble, which is a strength, because it is important to be relatively low key during the early learning phase, while he builds his credibility. Stepping up doesn’t mean that he suddenly knows it all, and his team will respect him for taking time to learn.

Teams work well when everyone is working towards a clear, common goal. So John needs to embrace purpose driven leadership, so that every team member can align around the company vision.

This will help John to shift the focus in his relationship with his friends/colleagues from the personal to performance. It puts the emphasis on the company and team goals to which both he and his colleagues are bound. By doing this, John will build a build a collaborative workplace that takes accountability for its behaviours and actions.

John needs to work on clarifying and communicating goals that his team members can relate to, understand and work towards.

One of the most important things John can do is to make an immediate start on having conversations about how the team is doing. It’s essential not to wait until annual appraisals before he gives feedback.

A leader needs to deliver feedback continuously. If people don’t know the impact they’re having, or where they’re slipping, that’s not their fault. It’s up to the leader to tell them. It’s important not to wait for formal feedback appraisals to have those important one-to-one conversations with the team. In fact, maybe John needs to think of it as “feedforward” rather than feedback!

By delivering feedback every day or week, it becomes just a collaborative conversation to make sure we’re all heading towards the right goals. John can do it in his natural, personable style. This ongoing, consistent conversation with team members will help John get that black and white idea that he can only be Mr Nice Guy or Mr Horrible Boss out of his head.

Appraisals shouldn’t be the time he goes from being their mild and meek peer to suddenly ‘putting on the boss mask’ and hitting them over the head, telling them they haven’t been doing a great job.
No-one can be Mr Nice Guy when they’re delivering nasty surprises, and John can eliminate surprise from annual reviews, through ongoing feedback in the months and weeks prior.

The other thing John needs to remember about feedback is it’s not just about telling people what they could be doing better. He needs to ind ways to give positive feedback – most people don’t rate themselves highly enough. May team members are starved of positive acknowledgement and will welcome it warmly.

As well as giving feedback, some leaders find it useful to ask for feedback from the team, so that they can test how they are doing. This could be done anonymously to make the team more comfortable and to ensure complete honesty.

8. Become a champion for your team

So John should let his team know that he sees his role as not only fulfilling his own/the company goals, but that he is there to help them, his colleagues, succeed in their respective roles. He should position himself as a facilitator to their success.

Because of his relationships with his colleagues, they will value John letting them know that his door is always open to them if they wish to talk. He might sit down with each of his direct reports to discuss their personal goals and how he can help them achieve them. In this way he can turn the potential difficulty of friendship, into an advantage where, because he knows them well, he strives for his colleagues’ success. This will help him build trust and respect in his new role.

Team members don’t want their leaders to paint rainbows. They don’t want a sugar-coated, fairy tale version of the truth and for their leader to tell them that everything is wonderful.

No-one wins friends and influences people by not giving them honest feedback. If John can be open and honest with his team, he will gain their respect. They too will feel respected and valued if John can give them guidance that is clear, concise, constructive and timely.

John needs to focus on being true to his own style, being his authentic self and doing the good work that’s in front of him. He needs ensure that his actions are aligned to his values and his message, behaviours, and tone are always consistent. It’s important to do as he says he will do, and to model the behaviours he expects from the team.

Continuously ‘tweaking’ things is often far more effective than periodic massive changes. So as part of the process of giving and receiving feedback, John should make small changes and improvements as soon as he sees the need for them. These will help him redefine his leadership style and show that he is striving to be the best leader he can be.

John used the ten tips. He quickly saw that he had a big obstacle in the path to success and that the only one that could shift it was him.

He examined and readjusted his mindset, and decided that above all, he wanted to lead. He spoke positively, but honestly.

He was true to himself and found his authentic leadership style.

He communicated the company and team vision and united his colleagues in working to achieve it.
John started immediately with weekly conversations about how the team was doing, and they have come to value his constructive, clear, insightful feedback. He also asked them for feedback on how he was doing.

The previously dreaded appraisals contained no surprises, and the team took away key points for improvement which they put into practice. John gives plenty of positive feedback and tells his team when they’re doing well.

The team has become more productive, and profits have taken an upturn accordingly. The team brings likes and respects their leader, knowing that he’s got their backs, is their advocate and will act in the best interests of the team and the company.

The team agree that John is a nice guy AND a great leader.

About the author : Ricky Nowak 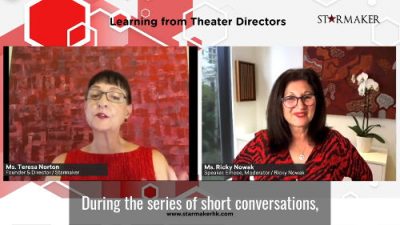 How Would You Handle That?

0
0
Your Cart
Your cart is emptyReturn to Shop
Continue Shopping
This site uses cookies. By continuing to browse the site, you are agreeing to our use of cookies. Ok